The abrasive effect of blasting media depends on many different factors.
In addition to the physical properties of blasting media (hardness, toughness, specific density, grain size and shape), the performance is also influenced by air pressure, nozzle size, blasting angle, hardness of the blasted object, type and degree of contamination on the surface to be treated, and other conditions.
We will be glad to determine the right blasting media for your various applications in a personal consultation. 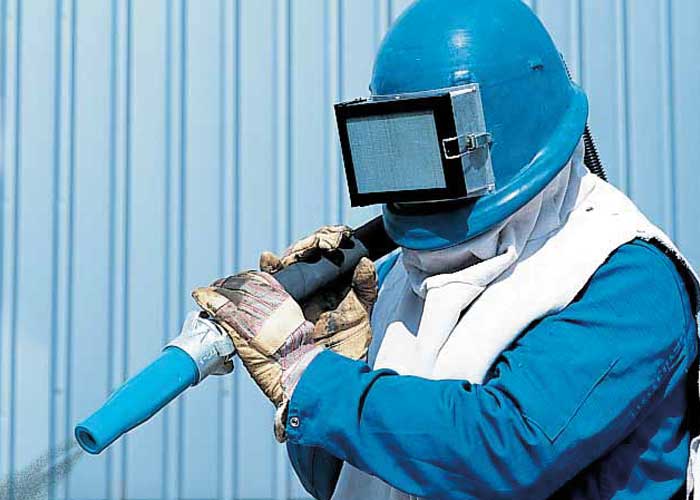 Angular cast iron is produced by melting down cast iron with subsequent atomisation and breaking of the grain. Due to its high degree of hardness, the grain breaks down into sharp-edged particles during blasting. Thus, the operating mix enables a consistently high fettling, blasting and roughening performance.

Angular cast steel is produced by breaking round grains. Three hardness classes, obtained through different thermal quenching and tempering, are used for different areas of application. With hardness GH the operating mix remains angular (suitable for cleaning, roughening, surface finishing). With hardness GL the edges are rounded off in the operating mix (suitable for descaling, and surface roughening before coating), while hardness GP is rounded off more.

HC round cast steel is produced in a melting process and then transformed into round grain particles in the atomisation process. The high hardness of the new grain results in very intensive blasting right from the start of blasting. 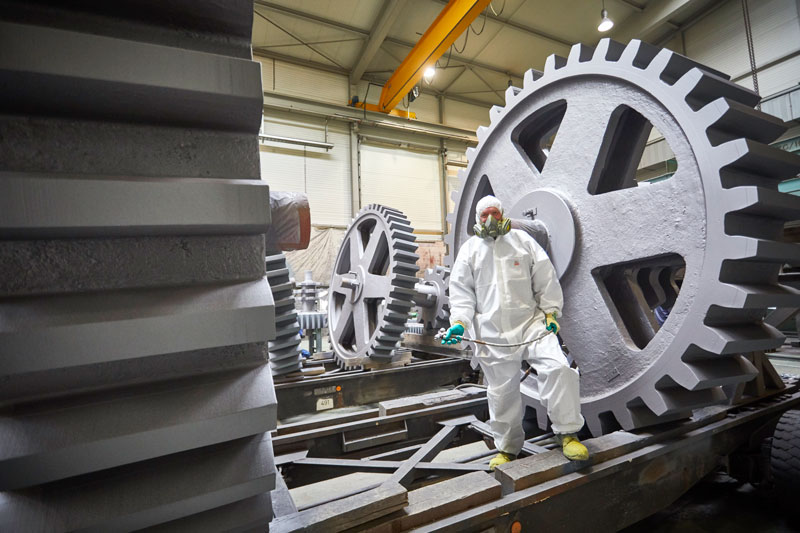